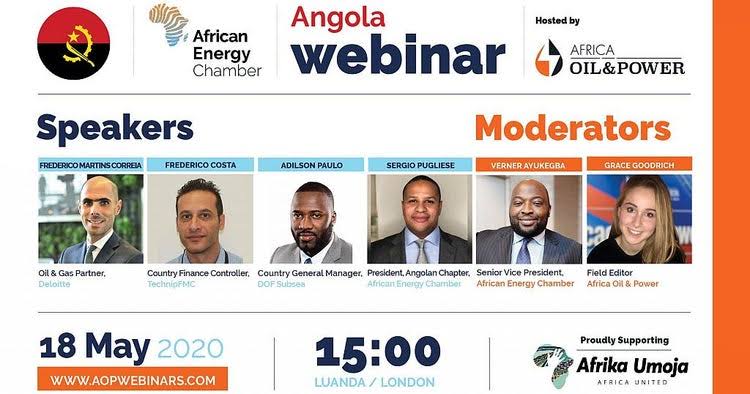 As the Angolan and global oil and gas industry faces unprecedented financial, logistics and safety challenges induced by COVID-19, Africa Oil & Power, together with the African Energy Chamber, presented a public webinar under the theme ‘Mitigating COVID-19: Preserving Angola’s Momentum for

Local content was a key topic of the discussion as the country’s energy sector has made immense progress in the last few years in terms of increasing local capacity and involving nationals and local companies in the petroleum sector. According to  Martins, although unfortunate, the COVID-19 pandemic has been a local content enabler, for the time being: “From a local content perspective, this crisis is an opportunity to continue efforts and to have more people engage with the industry to perform key tasks such as operation maintenance in the upstream space.”

Costa, from TechnipFMC expressed the government’s will to push local content while recommending patience. “We have seen a lot of support from the ministry and I believe COVID-19 will push the local content issue. However, we must understand that this process takes time. An efficient know-how process can take between 10 to 15 years. We must be patient but determined.”

Furthermore, he expressed that Angola has not been the hardest hit by the crisis as the government and the private players have managed to delay projects rather than cancel them: “Angola made important fiscal reforms at the beginning of 2018 of which we saw positive signs earlier this year. Most importantly, the National Bank of Angola liberalized foreign exchange currency, thus drastically increasing financial flows in the oil sector in particular. Of course, these levels have dropped since the beginning of the crisis. Companies are reviewing their capital expenditure costs and reducing risks. Thankfully, most projects in Angola have been delayed, but not cancelled, which is a very important feature and must be a tool for the Angolan government to promote its oil and gas sector.”

Mitigating the decrease in oil production is a priority of Angola’s National Development Plan (PND), which is built around the government’s economic priorities. According to Pugliese, “The PND and COVID-19 together are opportunities for companies to create leaner models, transition to more efficiency to absorb potential shocks to the market. The key is removing the unpredictability as it will give us an opportunity to better manage and plan.”

Although indigenous companies don’t yet have the financial power and resources to compete with oil producers, Paulo concluded that the first step is increased involvement in the services sector: “Today, the supply chain of key industries like oil and agriculture are outside the country. The fuel we use and the food we eat comes from outside. In order for us Angolans to create local business opportunities, we need to local at the supply chains and find ways to fill the gap. Let’s have Angolans more and more involved in the local services to oil and gas companies. That’s the first step to local content.” 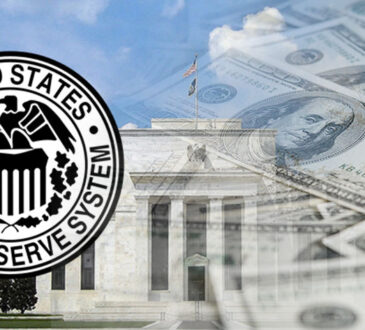 admin1 week agoNovember 24, 2022
19
This week the Federal Communications Commission (FCC) released its new broadband availability maps to cheers from the larger telecom industry. With this new set of FCC maps, a huge win for businesses and consumers seeking better broadband to have more of a say in accurate representation of broadband availability, individuals and organizations will be allowed to submit “location challenges” to ISPs if they discover spots on the map that do not meet the claimed broadband availability. Senior Editor of Fierce Telecom, Diana Goovaerts, breaks down the news, why it has...
E-GOVERNMENT

admin2 weeks agoNovember 18, 2022
28
By Andy Fry Stephan Schmitter, currently chief journalistic content officer at RTL Deutschland, has been appointed to the Management Board of RTL Deutschland. As managing director of programming, he will take on responsibility for all content (entertainment, journalistic content, fiction, sports, RTL Studios productions) and brands from RTL Deutschland. RTL said that by bundling content and brands, “the company will optimise the cross-media playout of content across all channels – TV, streaming, radio, print, online and social media – and promote the interaction of brands such as RTL, Vox, NTV,...
E-GOVERNMENT

admin1 month agoOctober 28, 2022
65
The European Bank for Reconstruction and Development’s (EBRD) Office of the Chief Economist is set for the live launch of the Transition Report 2022-23: Business Unusual on Tuesday 22 November at 16.00 (London time) in the Auditorium at Five Bank Street, London E14 4BG. This will be the first major public event the EBRD will hold at its new Headquarters in Canary Wharf. The launch will also be livestreamed on ebrd.com and LinkedIn Live. EBRD President Odile Renaud-Basso will open the event. This will be followed by a presentation of...
bahis canlı casino siteleri canlı bahis siteleri