The US’s Federal Communications Commission (FCC) will hold a vote on the adoption of ATSC 3.0, commissioner Brendan Carr has announced.

With a vote planned for the FCC’s June Open Meeting, the body promises that the new standard will present “a range of innovative offerings that can be delivered over the same, powerful broadcast television spectrum that blankets US communities today.”

The FCC argues that this will give the market, rather than regulators, the ability to “determine the highest and best use of broadcast internet services” and that it would enable better innovation.

Announcing the plan at an event hosted yesterday by NAB and CTA, Carr said: “Broadcast Internet services are poised to offer a new and competitive broadband pipe. These services can leverage the power and coverage of broadcast television spectrum to deliver high-speed, 25 Mbps Internet services.

“These new Broadcast Internet offerings are part of a broader trend we’re seeing in communications. From innovative 5G offerings to high-capacity fixed services, providers from previously distinct sectors are competing like never before to offer high-speed Internet services through a mix of different technologies. ATSC 3.0 is the technology that will allow broadcasters to play an even greater role in this converged market for connectivity.”

EVP, communications at the National Association of Broadcasters, Dennis Wharton noted that the body is “grateful for the Commission’s ongoing support for Nextgen TV,” and that “broadcasters are eager to leverage the ATSC 3.0 platform and the opportunities it affords to provide new and innovative services for consumers across the nation.”

Carr added that the adoption of ATSC 3.0 would “boost the build out of next-gen broadcast internet services” but that the “overhang of legacy media regulations” should be removed.

Under chair Ajit Pai, the Republican-led FCC has spent the past few years stripping back regulations, many of which had been introduced in order to protect the interests of consumers.

One such example was the controversial repeal of net neutrality which has been a point of conflict between network users and service providers since the 1990s. Following the repeal, ISPs in the US are now able to treat discrete types of data differently, with critics arguing that this has created something of a ‘digital superhighway’ for the highest bidders.  https://www.digitaltveurope.com

admin35 mins agoJune 5, 2020
By Catherine Sbeglia Malaysian regulators have reportedly reversed an earlier decision to assign spectrum to operators in lieu of a...

admin3 days agoJune 2, 2020
24
By Cyber Era Senior Correspondent TMT sector regulator in the UK, Ofcom has confirmed technical changes for use of spectrum...

admin1 week agoMay 29, 2020
78
By Cyber Era Senior Correspondent The new findings of a second study by the Commonwealth Telecommunications Organisation (CTO) show that... 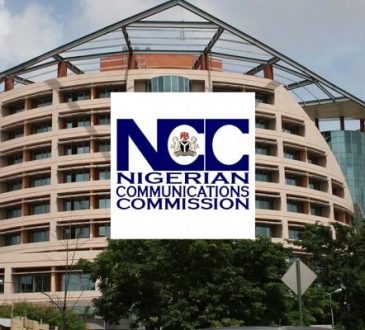