…On Oil And Gas Personnel Movement 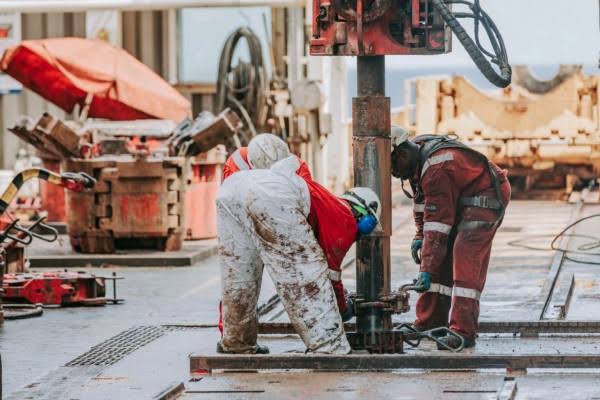 Some charter flights with oil industry personnel and medical equipment’s have been allowed to land a few oil-producing countries like Nigeria, Angola, Equatorial Guinea and others lately, allowing a much-needed rotation of oil sector workers.

The African Energy Chamber  believes that such charter flight operations led by international oil companies such as ExxonMobil in Equatorial Guinea must be expanded across all oil-producing states and governments should immediately facilitate these movements.

Upon arrival in oil cities, all personnel on board will go under mandatory quarantine. This is in full compliance with the Advisory Guidelines for the Management and Safety of Oil Workers issued by the African Energy Chamber last week, and available at its website.

Because of sustained lockdowns and travel restrictions globally, oil workers have been forced to stay on site longer and work extra hours, increasing the risk of lost time injury across oil industry operations.

“Whether oil companies have been forced to maintain personnel on site for extended periods of time or withdraw their workers altogether, the situation is no longer viable. Oil workers need to be able to rotate safely in and out of the work sites, and fields need to be maintained and operated by sound and rested personnel,” stated Executive Chairman at the African Energy Chamber, NJ Ayuk. “We urge oil-producing countries to work with oil and air companies to adhere to the Chamber’s Advisory Guidelines and ensure a safe movement of oil sector personnel across the continent. We continue to have positive dialogue with governments and the industry and we are confident about a solution very soon,” he added.

Amid extended travel restrictions, the African Energy Chamber is urging all stakeholders to put the safety of oil workers and the ability of oil companies to continue operating at the top of industry priorities. Several additional special flights can and should be organized in and out of African oil producing countries.

There is also a space for commercial airlines to operate special charter flights between key oil countries such as Equatorial Guinea, Gabon, Congo, South Sudan, Angola, Ghana and Nigeria on a bi-monthly basis in which oil companies could book seats for their personnel. Without such movement taking place, production across African oil & gas fields could be greatly impacted and the safety of our workers could put in jeopardy.

“The African oil sector has already been brutally hit by Covid-19 and the oil price crash. We need to show a lot more commonsense and pragmatism as we work on a comeback. Adding to the pain with restrictions that handicap the industry will only lead to a longer and slower recovery,” said the African Energy Chamber.

admin3 days agoFebruary 1, 2023
48
First Convening of Department-wide Equity Councils The US Department of Commerce has convened  the first Congress of Diversity, Equity, Inclusion...