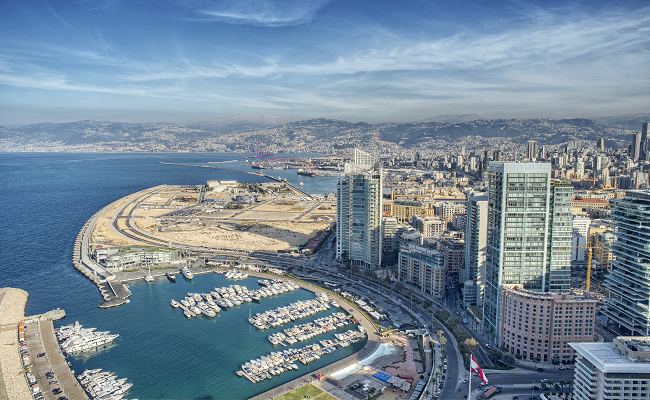 In a Twitter post 5 May, Minister of Telecommunications Talal Hawat said an international tender for new contracts would be readied within three months, covering management and operation of the businesses.

The committee also called for measures to restore the management of the telecoms sector to the state within two months after the meeting. GSMA Intelligence figures showed Touch held a 50.6 per cent market share by connections at end-2019, with Alfa accounting for the remaining 49.3 per cent.   -Mobile World Live

admin12 hours agoNovember 28, 2022
25
By Godson Umejiego, Bureau Chief, The Americas The Federal Reserve Board and the Federal Deposit Insurance Corporation announced on Wednesday the results of their joint review of the resolution plans—also known as living wills—that the eight largest and most complex domestic banking organizations submitted in 2021. Resolution plans must describe a financial company’s strategy for rapid and orderly resolution in bankruptcy in the event of its material financial distress or failure. The agencies identified a shortcoming in Citigroup Inc.’s resolution plan and did not identify any other shortcomings or deficiencies...
LEGAL/POLICY

Lawmakers To Investigate MOU Between Nigeria And China

admin3 days agoNovember 25, 2022
20
By Gloria Essien, Abuja The Nigerian House of Representatives has resolved to investigate the Execution of the Memorandum of Understanding between the Ministry of Communications and Digital Economy through the Galaxy Backbone and the Chinese Government for Fibre Infrastructure across the Country. This was sequel to unanimous adoption of a motion by Honourable Mzondu Bem at plenary in Abuja. The House notes that Nigeria’s Galaxy Backbone Limited, an agency under the Ministry of Communications and Digital Economy, signed a Memorandum of Understanding with China’s Huawei Technology Limited in 2018 to...
LEGAL/POLICY

admin4 days agoNovember 24, 2022
18
By Gamal Essam El-Din ​Egyptian MPs voted on Tuesday in favour of amendments banning the import, manufacturing, assembly, possession, use, operation, installation or marketing of any telecom equipment that is considered a threat to national security. The amendments, which were approved by the Senate last month, are to the 2003 Telecom Regulation Act. The bill stipulates that citizens should get prior approval from the National Telecom Regulatory Authority (NTRA) before exercising any of the abovementioned activities. Violators implicated in importing, manufacturing, assembling and marketing any telecom equipment without getting a...
FEATURESLEGAL/POLICY

Outwest Express And American One Source Agree To Pay US$90,000 To Resolve Sex Discrimination And Retaliation Charge

admin6 days agoNovember 23, 2022
48
By Godson Umejiego, Bureau Chief, The Americas A  transportation services company, Outwest Express and American One Source, a professional employer organization that provides human resource services, have agreed to pay $90,000 to voluntarily resolve a sex discrimination and retaliation charge filed with the U.S. Equal Employment Oppor­tunity Commission, the federal agency announced today. Both companies are based in El Paso, Texas. The agreement announced today resolves a charge of discrimination filed with the EEOC alleging that a female recruiter was fired immediately after she complained that her boss treated her...
bahis canlı casino siteleri canlı bahis siteleri