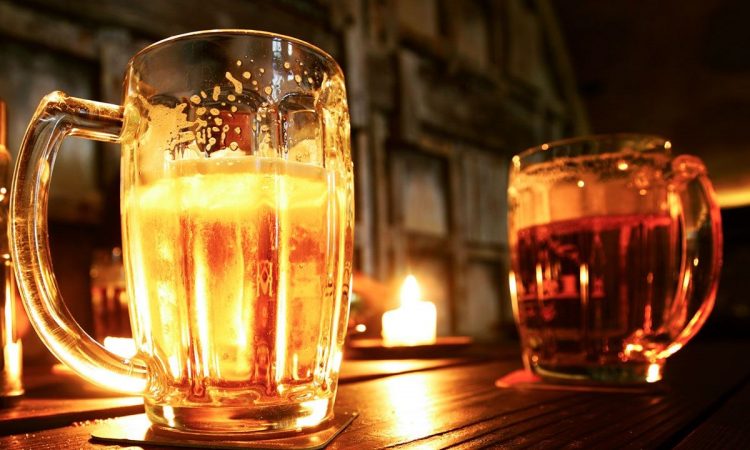 South Africa’s ban on the sale and transportation of alcoholic beverages came as a response to the Covid-19 outbreak. However, the immediate success the ban has produced in lowering deaths, injuries and domestic violence raises the obvious question of how to retain these benefits when the ban is lifted at the end of the crisis. Alcohol abuse in South Africa is just one social malady that may get the attention and remedial action it deserves as society re-examines itself in the wake of the historic pandemic, writes JAMES HALL.

South Africa is the bellwether of Sub-Saharan Africa. From providing a new model for African democracy in the post-Cold War era to showing how a diversified economy buttressed by cutting-edge technology and good transportation infrastructure produces the most vibrant economy, Africa’s southern-most nation has been the paradigm to be emulated. With the outbreak of Covid-19, South Africa’s mitigation strategy, most notably its nationwide lockdown, has been duplicated by neighbouring countries. One mitigation that seemed radical for Africa’s largest wine producer and exporter was a ban on the sale and transportation of alcoholic beverages. Yet, no public objection arose because the need was explained, and the benefits were soon apparent. Three weeks after South Africa imposed the ban, the World Health Organisation on 14 April 2020 recommended that alcohol consumption should be restricted to reduce the spread of Covid-19.

So manifest have been the benefits of the alcohol ban on society as a whole that questions must arise about using these measures to seek a permanent solution to alcohol abuse – not a perpetual ban but a way to adjust alcohol sales and encourage responsible drinking in a way never attempted before. South African society may already be moving toward such adjustments: the sale of non-alcoholic beverages has risen dramatically, suggesting that social drinking may be about custom and habit rather than the pursuit of alcohol stimulation.

The fact that government was quick to ban alcohol sales as a means to control the spread of Covid-19 indicates how aware public health officials have been all along about the public health problem posed by alcohol abuse. In the past, government has done little to address this malady other than mounting road safety campaigns during the holidays. Yet, the destruction presented by the Covid-19 pandemic trumped all other considerations, including the fortunes of the large Cape province wine industry and the huge revenues earned by government from sales tax on alcohol. Health officials knew that at least and likely more than 40 per cent of all hospital admissions involved alcohol, from drunk-driving car accidents to alcohol-fueled fights and domestic violence. Every week, hospital emergency rooms receive 34,000 trauma cases. That immediately changed when the alcohol ban was mandated on 26 March 2020. The number of emergency room patients dropped to 12,000 a week, roughly two-thirds of the previous average. This freed 5,000 hospital beds for use by Covid-19 patients. Easing the burden on the health infrastructure was the primary task of the national lockdown, to slow the spread of the virus so that hospitals would not be overwhelmed.

But lives were also saved elsewhere. The alcohol ban not only rid the country of the social lubricant that tended to make imbibers forget all about social distancing, facemask wearing and other safety measures. The ban also provided a boost to people’s immune systems, which alcohol can suppress. South Africa has the world’s largest population of people living with HIV and AIDS, almost eight million people. The prevalence rate for HIV is 20 per cent of the general population. HIV patients have severely compromised immune systems, giving them less resistance to Covid-19. Their welfare was a primary concern for health officials facing a pandemic that has no vaccine or treatment and requires a strong bodily immune system if a person is to survive. Heavy drinking was known to impair the health of HIV-negative persons as well and has been a contributor in an epidemic of domestic violence that also added to emergency room admissions. Heavy drinkers are prone to respiratory illnesses, and Covid-19 attacks the respiratory systems. Heavy drinkers are also less able to resist infections. It should be noted that about 70 per cent of South Africans are non-drinkers, but of those who do, 60 per cent admit to drinking heavily. In 2015, 62,300 deaths were linked to alcohol or alcohol abuse, or 172 deaths daily. Given this number, and its dramatic decline during the weeks of the 2020 alcohol ban, surely health officials as well the public at large would want to retain some of the benefits so swiftly realised by the temporary sales ban.

No measure as sweeping as a nationwide lockdown can escape the political process. The opposition party Economic Freedom Fighters (EFF) opposes the ban as being regressive, because its economic effect primarily hits the poor. Informal brewing and rural drinking spots are critical income sources for many. However, with most people’s incomes curtailed by the shutdown and drinking places primary gathering spots where a virus can spread, this concern did not gain much public support. Neither has worry about the loss of government alcohol tax revenue. Others argue that organised crime will move in the way mobsters did in the United States when the country’s 13-year alcohol prohibition was in effect. However, government is not interested in a permanent alcohol ban. The opposite should be of concern to South Africans; that a complete return to pre-lockdown conditions will mean any public health benefits wrought by the 2020 ban will disappear until the next pandemic brings the next lockdown.

A more helpful approach would be compromise. The Cape wine industry did not protest an end to domestic sales but found it inconceivable that government would not allow exports. Most South African wine is exported and adds considerably to the country’s balance of payments. Government argued that some of the alcohol would be stolen and consumed locally. The danger could be remedied with more stringent transportation security. Such a compromise is a way forward.

Small brewery businesses which make craft beers and specialised wines understand the need for the alcohol ban during the pandemic but are pleading for a compromise. One suggestion is to allow sales on specified days of the week. The opposition party Democratic Alliance (DA) also advocates this measure which, if made permanent beyond the lockdown, would significantly reduce the risk of alcohol abuse by making binge drinking and spontaneous alcohol-fueled parties harder to accomplish.

With the public eager to return to pre-pandemic life, it is the responsibility of national leadership to remind South Africans that the dangers of “normal life” were dramatically reduced during the national lockdown. The drop in alcohol-related accidents and deaths – and even alcohol-related crimes – shows that there is a way to reduce these maladies. Public information campaigns, reduced alcohol sales and the cooperation of the alcoholic beverage and hospitality industries can retain some of the benefits experienced as a silver lining to the dark cloud that is the Covid-19 pandemic.

Prior to the nationwide lockdown in response to Covid-19, more than 40 per cent of hospital emergency room admissions involved alcohol consumption

During the lockdown alcohol ban, emergency room admissions dropped by two-thirds. This was accompanied by a drop in domestic violence and other crimes

admin23 hours agoNovember 30, 2022
23
By Nigina Mirbabaeva The European Bank for Reconstruction and Development (EBRD) is paving the way for the future rebirth of...
DISASTER MANAGEMENT

admin5 days agoNovember 26, 2022
45
The coordination of emergency preparedness related to critical information and communications technology infrastructure will be assigned to the National Cyber Security Director. The Ministerial working group on developing the digital transformation, the data economy and public administration endorsed the matter on November 25. Critical ICT infrastructure means, for example, public communications networks and cables. Preparedness relating to this infrastructure is highly regulated and functions well. Responsibility for preparedness is divided between several authorities, and the ministerial working group’s decision will enhance the coordination of preparedness. “Our changed security environment emphasises...