The Netherlands has one of the most internationally integrated economies in the world an interdependence that makes the country especially vulnerable to a global crisis like the COVID-19 pandemic, writes ALFREDO CUEVAS .

The GDP growth forecasts for the Netherlands issued by the IMF in its April 2020 World Economic Outlook (WEO) surprised many, not only for the large negative 2020 number itself, but for it being weaker than some other leading European economies. Let me make some general considerations about forecasting amid today’s immense uncertainties, and then look at the Dutch economy.

Forecasting the effects of an unprecedented shock

Economists often conceptualize macroeconomic variables, such as real GDP growth, as the sum of a predictable or systematic component and an unpredictable shock. We develop and estimate statistical models of the predictable part and use them to make forecasts.

But in our latest WEO we have to do something different: to assess an extraordinary, almost unprecedented shock. There is little that is predictable or systematic about it. We do not know how big this unexpected shock will be and how long it will last, mostly because we don’t know when an effective therapy or a vaccine be available and how well the economy can function in the meantime.

To gain a sense of the immediate economic impact, one can use simple but intuitive calculations. For example, every month of “lockdown” can cost about 3 percentage points of GDP in a country where activity runs at about 2/3 of normal capacity. Actual country forecasts, in fact, require detailed supply side estimates informed by the size of the various sectors of production and their sensitivity to mitigation measures, as well as assumptions about duration and intensity of lockdowns. These estimates are in turn checked against expenditure side calculations, which take into account information on known policy responses, and views on external demand. All this requires consistency checks across different country estimates in an iterative way because of the importance of spillovers across borders.

The latest WEO forecasts for Europe in 2020 were based on a scenario with a partial lockdown of approximately two months, mostly in the second quarter, followed by a gradual resumption of activities in the second half of this year, with country-specific considerations giving rise to the heterogeneity in country forecasts. The risks around the WEO forecasts are very large, reflecting major unknowns about the pandemic itself, the evolving strategies to address it, and their economic implications. Probably this prediction should be seen as a plausible baseline scenario rather than a traditional forecast.

Comparing the Netherlands with other economies

Our real GDP growth forecast for the Netherlands in 2020 is -7.5 percent, the same as for the euro area, and somewhat weaker than the forecasts for the UK, Germany and France—and with a more gradual recovery in 2021. Why?

The Dutch economy is one of the most internationally integrated in the world. Dutch exports of goods and services are very high (over 60 percent of GDP in 2019) and have been growing in importance in the last decade. The Netherlands has one of the highest external current account surpluses in the world: 11 percent of GDP in 2019. It runs surpluses with every major economy in Europe. This interdependence makes the country especially vulnerable to a global crisis like the one they are experiencing, in which international movements and production chains may be disrupted for several months as the pandemic hits different parts of the world at different times. This will likely mean a somewhat slower recovery for the Netherlands.

In addition, the decline in the price of financial assets in Europe has been steep this year—and it could affect the pace of recovery in consumption in the Netherlands. Dutch households, through the occupational pension funds, own a large volume of assets, not just domestic, but foreign as well. More than 200 percent of GDP worth in the last few years, in fact. And the value of the financial assets held by the pension funds (notably the value of stocks) has taken a hit so far in 2020. In the global financial crisis and the euro area debt crisis, Dutch households increased their saving when the value of their financial holdings fell. This reflected traditional patterns of consumer behavior in the Netherlands, where retirement and bequest motives seem to be very strong. It is likely that something similar might happen this time, moderating the rate of growth of private consumption in the recovery phase.

For these reasons, historically, the Dutch economy seems to be somewhat more sensitive than its peers to global shocks. We saw that in the 2008-2012 period, when growth volatility increased more in the Netherlands than it did in many of its comparator countries in Europe and selected non-European advanced economies. (In the picture, the median values correspond to different countries at different points in time, and the blue area is the interval between the 25th and 75 th percentiles.)

The Netherlands has fundamental strengths to weather this unprecedented storm. The strong net creditor position of the Dutch economy, reflected in a net international investment position of 80 percent of GDP, gives resilience to the country. Going into this crisis, the banking system’s capitalization ratio was high (22.5 percent in mid-2019) and its assets were of high quality, with non-performing loans representing less than 2 percent of total loans in 2019.

Crucially, the government also stepped into 2020 with ample policy space to mount a strong response to the crisis. The level of public debt at the end of 2019 was 48 percent of GDP, well below the Stability and Growth Pact benchmark. This allows the government to run a large deficit this year, as described in the government’s Spring 2020 Budget Memorandum. The increase in the deficit reflects both large discretionary expenditure measures and tax deferrals in support of households and firms, and the operation of “automatic stabilizers” embedded in fiscal and social protection institutions, which reduce taxes net of transfers during times of economic stress. In addition, the European Central Bank’s recent policy decisions have provided stability to the financial markets in the euro Area.

So, all in all, we see smaller downside risks in the Netherlands from the interaction of disease and containment measures with the economy, the public finances, and the financial system than in other countries. A longer-term risk, however, is posed by the possible turn away from globalization that could happen in some countries.

This blog was published in conjunction with the Dutch economic magazine, ESB.  Infographics omitted

Given the likely long-term effects of the pandemic, Africa50’s COVID-19 Relief Support Initiative will have three phases.

How Digital Skills Development Is Transforming The Workforce In Qatar

admin2 weeks agoNovember 18, 2022
39
We live in a time when all aspects of our lives are undergoing a digital transformation, from education to entertainment – and perhaps most prominently at work. Digital technologies are contributing more and more to the socio-economic development of countries worldwide. But to fully exploit their transformative potential, digital skills must be cultivated at all levels – from the local to the national. Meeting this challenge involves qualifying and quantifying digital skills gaps in each country. The experience of Qatar may be instructive to other nations facing similar challenges, writes... 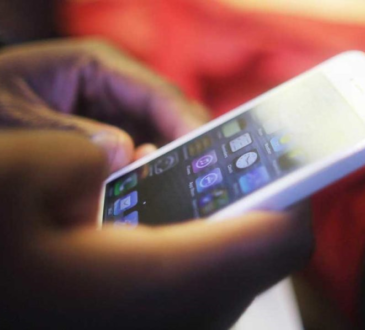 admin1 month agoOctober 28, 2022
40
The Nigerian telecommunications sector has remained, perhaps, the most dynamic section of the economy for over two decades. It is... 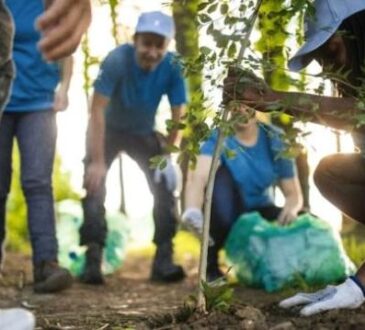 ICT Is A Solutions Sector 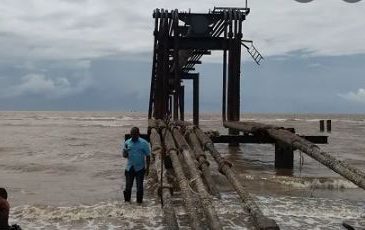 admin1 month agoOctober 18, 2022
31
Nigeria is in a precarious situation, financially. The federal government claims it doesn't have money, so it is borrowing, from...
bahis canlı casino siteleri canlı bahis siteleri