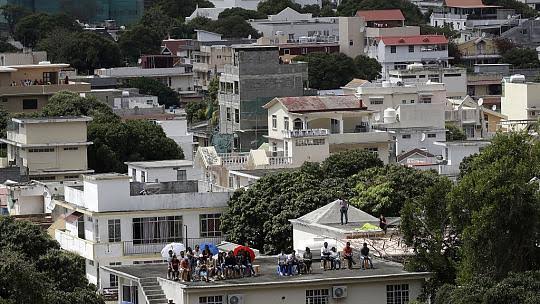 The Ministry of Mines and Hydrocarbons of Equatorial Guinea will grant two-year block extensions and ease capex requirements for E&P companies amid industry downturn.  Major US upstream firms to benefit include Kosmos Energy, VAALCO Energy and more; the measure reflects broader efforts to drive global investment into Equatorial Guinea in line with its 2020 Year of Investment campaign, which will host the Africa Oil & Investment Forum & Exhibition in Malabo on November 25-26, 2020.

In a decisive show of support to upstream industry, Equatorial Guinea’s Ministry of Mines and Hydrocarbons announced on Monday that it will extend exploration licenses for two years and relax capital expenditure requirements for E&P companies amid the low-price climate and reduction in oil demand caused by COVID-19.

The extension of time and resources will particularly aid U.S. companies, which represent the lion’s share of investment in Equatorial Guinea’s energy sector and are currently in the early stages of exploration and seismic interpretation of several key offshore blocks.

“We learned from the crisis in 2014/2015 that we need to give extensions to exploration companies to ensure that they save cash,” says Minister of Mines and Hydrocarbons, Gabriel Mbaga Obiang Lima. “Liquidity is very important right now. The last thing we want is for [companies] to decide that it is not economical to operate in-country.”

Dallas-based Kosmos Energy will receive an extension to analyze regional data and continue geological surveys of its interests in four offshore exploration blocks (EG-21, EG-24, S and W), with a view to resume drilling programmes and yield discoveries in 2021.

Houston-based VAALCO Energy will also receive an extension to develop strong prospects identified in offshore Block P, in which it holds a 31 per cent participating interest.

African independent Atlas Oranto, which recently established an outpost in Houston, will continue its development of Block H, in which Phase 1 of the production-sharing contract has been completed and the highly prospective Aleta asset has been identified.

The Nigeria-based explorer also holds a stake in Block EG-02, in which initial interpretation of seismic survey indicates some of the largest hydrocarbon reserves in the region and depicts similarities to discoveries in Blocks I and O in the Douala Basin.
Simultaneous inversion of pre-stack seismic data, along with coherence and spectral decomposition processing have been completed, resulting in the identification of a major upper cretaceous deep-water fan system, comparable to the Liza discovery offshore Guyana.

While some elements of work programs will be delayed by COVID-19, other key energy projects remain on track, such as Noble Energy and Marathon Oil’s Alen backfill project. Pipelines for the development have already been installed, and gas feed from the Alen and Aseng fields to onshore processing facilities at the EG LNG Plant in Punta Europa is set to come online by November.

Retaining key explorers and producers in-country reflects Equatorial Guinea’s broader priority to drive global investment into the country, as encapsulated by its 2020 Year of Investment campaign.

Targeting US$1 billion dollars in FDI, the year-long initiative, led by the Ministry of Mines and Hydrocarbons, advances the country’s agenda of energy cooperation and investment, fortified by several landmark energy deals to be signed in 2020.

The first event of the Year of Investment, the Africa Oil & Investment Forum & Exhibition (AOIF) 2020, will unite local, regional and international companies to sign up and present projects for development in Equatorial Guinea and on the continent.

Centering on deal origination and execution, technical presentation of downstream projects and facilitation of investment into the country and the continent, AOIF 2020 will take place in Malabo, Equatorial Guinea on November 25-26, 2020.

admin4 days agoJanuary 31, 2023
53
The fast socioeconomic development in Bangladesh during the last decade has accelerated the demand for energy, leading to the need...

admin1 week agoJanuary 27, 2023
49
By Michael Brennan The Swedish ambassador to Ireland has promised to look into the case of an Irish whistleblower who...
bahis canlı casino siteleri canlı bahis siteleri