AT&T this week withdrew all previous financial guidance based on uncertainty around the long-term impact the ongoing COVID-19 pandemic will have on financial markets and consumer confidence. However, company President and Chief Operating Officer John Stankey said the core subscription business, including wireless, broadband and enterprise connectivity, have proven “critical and valuable” with a large portion of the U.S. workforce out of a job, working reduced hours or working from home.

Warner Media is the re-brand of AT&T’s acquisition of the former Time Warner and its family of brands, including HBO, TBS, TNT, CNN and Warner Brothers Studios. Given that theaters are closed, productions are closed down and studios are either pushing theatrical releases or taking a direct-to-consumer approach, Warner Media took a hit in the first quarter. The cancellation of March Madness, for instance, prompted a not insignificant loss of advertising revenue.

This is John Stankey core subscription business, wireless, broadband and enterprise, are “critical and valuable” right now. “They represent more than 60 per cent of revenues and more than 70 per cent of EBITDA. These businesses have proven to be resilient.” provide solid revenue and cash flow. can also absorb pressure from other parts of business–media (theatrical and TV side) and less advertising w postponement or cancellation of sporting events. Also expect pay TV to be impacted.

On the 5G front, Stankey said deployment continues “although we continue to navigate workforce and permitting delays.” He expects nationwide availability this summer. AT&T is currently taking a two-pronged approach to 5G deployment, turning on millimeter wave in some markets, low-band in other markets. The carrier has also signaled its intent to use Dynamic Spectrum Sharing to split resources between LTE and 5G based on UE demand. Executives didn’t provide specific capex figures on the Wednesday call.

Stankey also talked up the planned May 27 launch of HBO Max, a new streaming service combining content from a number of AT&T-owned IP as well as the HBO catalog. “We were right about the streaming model,” he said, noting the importance of creating programming that appeals to the four major TV advertising quadrants–male, female, over 25 and below 25.

On the cost-cutting side, Stankey said AT&T has identified 10 “broad areas” of focus, including IT, field operations, call centers and retail distribution. He said two areas–retail and field operations, could yield US$1 billion in savings through adjusting retail location numbers, size and ownership mix and, for field ops, using self-installation, artificial intelligence and other tools to reduce truck rolls.

In response to a question, AT&T’s Chairman and CEO Randall Stephenson provided commentary on the broader impact COVID-19 is having on the economy. He called small business among the “most troublesome” areas. “We tend to under-index small business but the small business trends are pretty significant in terms of employee displacement, business closures…Those are rather dramatic. As you move up the stack on business, you’re starting to see people obviously…get really cautious in terms of how they’re deploying capital.” 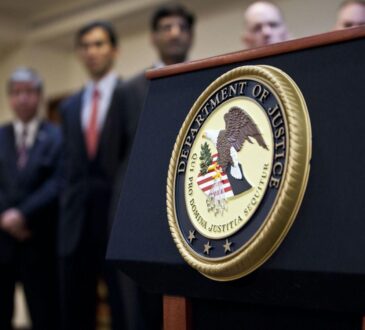 admin4 hours agoDecember 9, 2022
15
By Nelson Wang The Justice Department has accused Rikesh Thapa of defrauding his startup tech firm of more than US$1... 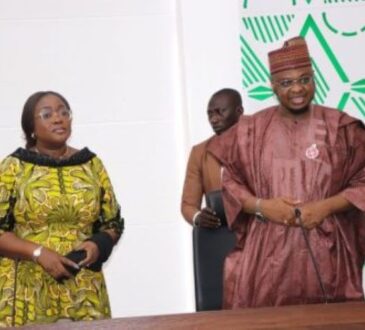 admin5 hours agoDecember 9, 2022
12
By Kingsley I. Ilechukwu, Bureau Chief, South West A Cross section of participants at the ongoing 10th Edition of the...