…Caution Nigerians Against Listening To Non-Experts

With the ongoing debate on the health implications of the Fifth Generation (5G) technology, and the purported cabling of 5G fibre optic infrastructure in Nigeria and its connection with the dreaded coronavirus pandemic, the Nigeria Information Technology Reporters’ Association (NITRA), an umbrella body for ICT Journalists in Nigeria, has clarified the effect of the technology on human health.

In a statement by the Association, the Chairman, Chike Onwuegbuchi explained that 5G was expected to connect people, things, data, applications, transport systems and cities in smart networked communication environments, adding the technology should transport a huge amount of data much faster, reliably connect an extremely large number of devices and process very high volumes of data with minimal delay.

“5G technologies are expected to support applications such as smart homes and buildings, smart cities, 3D video, work and play in the cloud, remote medical services, virtual and augmented reality, and massive machine-to-machine communications for industry automation. 3G and 4G networks currently face challenges in supporting these services,” he explained.

Onwuegbuchi, however, pointed out that despite the narratives coined by conspiracy theorists on the availability of 5G services in Nigeria, the cabling for 5G infrastructure, and the purported linkage between 5G and the current COVID-19 pandemic, Nigeria had not even released spectrum for 5G services to Mobile Network Operators (MNO), saying it was technically impossible to run a 5G service in the country without relevant spectrum allocation and assignment.

The NITRA Chairman urged the Nigerian public to only source information from reliable authorities and experts on the issue and avoid falling prey to fake information mongers.  Such organizations included but are not restricted to the International Telecommunications Union (ITU); the World Health Organisation (WHO), the nation’s telecommunication regulatory body, the Nigerian Communications Commission (NCC), and the supervisory Ministries, the Ministry of Communications and Digital Economy and the Ministry of Health, among others.

Onwuegbuchi cited expert opinions on the matter, quoting WHO, which had categorically stated that viruses could not travel on radio waves or mobile networks and that COVID-19 was a respiratory disease.

The technology was approved by the ITU.

According to Onwuegbuchi, the ITU played a leading role in managing the radio spectrum and developing globally applicable standards for IMT-2020, adding its activities supported the development and implementation of international regulations and standards to ensure that 5G networks were secure, interoperable, and that they operated without causing or receiving harmful interference to or from adjacent services.

On the alleged health risks from 5G, he cited the WHO document that says “to date, and after much research performed, no adverse health effect has been causally linked with exposure to wireless technologies.”

He further stated: “However, WHO is further conducting a health risk assessment from exposure to radiofrequencies, covering the entire radiofrequency range, including 5G, to be published by 2022. WHO will review scientific evidence related to potential health risks from 5G exposure as the new technology is deployed, and as more public health-related data become available.

WHO established the International Electromagnetic Fields (EMF) Project in 1996. The project investigates the health impact of exposure to electric and magnetic fields in the frequency range 0-300 GHz and advises national authorities on EMF radiation protection.

On exposure levels, the WHO further establishes that currently, exposure from 5G infrastructures at around 3.5 GHz is similar to that from existing mobile phone base stations. “With the use of multiple beams from 5G antennas, exposure could be more variable as a function of location of the users and their usage. Given that the 5G technology is currently at an early stage of deployment, the extent of any change in exposure to radiofrequency fields is still under investigation.”

Onwuegbuchi quoted a spokeswoman for the telecoms trade body GSMA who said the new limits showed the safety of current and future technology. “Importantly, the health risk assessment is unchanged. The review found no established health risks to anyone, including children, using mobile phones or living near base stations,” she said.

A GSMA report reiterates that 5G adoption would grow as its benefits become visible. It points to the slow pace of awareness around the technology, suggesting that even increased knowledge about the usefulness need not translate into actions to upgrade or even intentions to do so.

He cited an enlightenment on the issue from an independent international standards body, the International Commission on Non-Ionizing Radiation Protection (ICNIRP), which was set up in 1992 to assess the impact of electromagnetic and acoustic waves on people and the environment,  which absolves 5G from any harmful health hazards saying its current guidelines were mostly appropriate for the 5G era.

The NITRA Chairman also cited Medical health specialist who had also lent their voices to the subject matter. Condemning the theories as “the worst kind of fake news”, National Medical Director of NHS England, Professor Steve Powis said: “I’m absolutely outraged, absolutely disgusted, that people would be taking action against the very infrastructure that we need to respond to this health emergency.”

Professor of Paediatrics at the University of Bristol, Professor Adam Finn, in his position said: “The internet connections these networks give us are one of the most important tools we are using to co-ordinate our response to the epidemic and efforts to do research to overcome it.”

Also, professor of microbial pathogenesis at the London School of Hygiene & Tropical Medicine, Prof Brendan Wren, said a connection between the phone masts and the virus would be “both a physical and biological impossibility.”

While applauding the people’s need for caution, Onwuegbuchi called on Nigerians to embrace new technologies, including the soon-to-be-launched 5G  as a means of improving the economy and improving  Nigeria’s global competitiveness.

He reiterated the motive behind the laying of fibre optic cables by MNOs, saying that the new cables were very necessary to improve the quality of service(QoS) by telecommunications service providers, especially at the period when the networks were in increased usage as the COVID-19 era and further explained that the timing was to enable the MNOs work freely without obstructing traffic or easy movement of people.

He stressed that the laid fibre optic cables were for 3G and 4G services and could not be used for 5G service yet because the operators had not been issued spectrum for the service.

While pledging support for the NCC and the Ministry of Communications and Digital Economy in their bid to position Nigeria among the digitally innovative nations, NITRA urged Nigerians to look beyond the rumours surrounding the 5G technology and support the federal government if, and when it eventually chose to adopt the technology.

“Just like the NCC and the Ministry said, before the country will adopt 5G technology, they will consult all stakeholders, and research further into the implications of the technology,” Onwuegbuchi said. 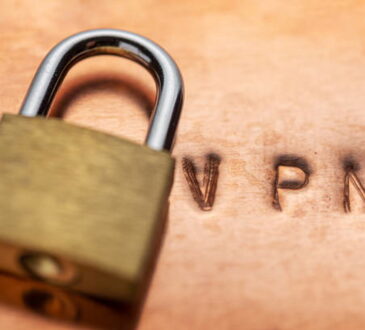 admin3 hours agoDecember 7, 2022
11
Labour has urged the government to consider a crackdown on Virtual Private Networks (VPNs) amid concerns that children and teenagers... 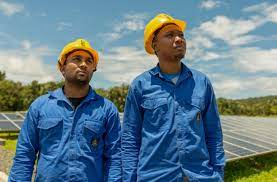 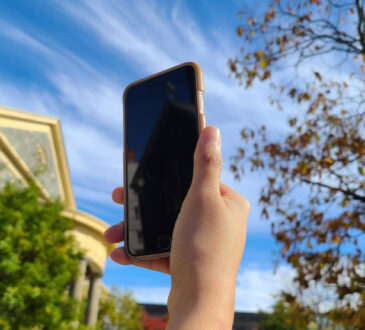 admin9 hours agoDecember 7, 2022
17
By Andrew Lam Another season of wintry weather has begun in Nova Scotia, with 86,000 people losing power following a...
ADVOCACY

admin1 week agoNovember 29, 2022
52
By Andy Fry In a wide-ranging interview with Italian media outlet Il Sole 24 Ore, the CEO of Italy’s top football league Serie A, Luigi De Servio, has urged the Italian government to lift restrictions which prevent it from licensing its domestic live TV rights for periods greater than three years. De Servio told the publication that extending the period on offer to five years could entice new rights bidders into the market. He said it was “essential” for operators to be able to plan their investment. The government recently...
bahis canlı casino siteleri canlı bahis siteleri