The list of telecom and tech events which are being cancelled due to the ongoing global outbreaks of novel coronavirus continues to get longer.

As of yesterday, March 10, the International Wireless Communications Expo (IWCE) conference, which was set to begin on March 30 in Las Vegas, has postponed the event, with a new date not yet announced.

Mobile World Congress Barcelona was the first major tech event to be cancelled over coronavirus concerns. That was a preview of the weeks to come, as events large and small reconsider and often cancel amid rising spread of the virus. While confirmed cases in the U.S. remain low, they are rising. Meanwhile, Italy took the major step this week of essentially locking down the entire country in an attempt to rein in the spread of COVID-19 cases.

Austin, Texas’ South by Southwest showcase of entertainment, music and tech was cancelled last week, as the city declared a local emergency. Industrial trade fair Hannover Messe, an increasingly important event for the telecoms sector as it seeks to spring the Industry 4.0 movement with wireless technologies, has been rescheduled for July. The event typically hosts over 250,000 people.

MIPIM, a major real estate and technology conference scheduled to be held in Cannes, France, this week with keynote speakers including French President Nicholas Sarkozy and Apple co-founder Steve Wozniak, has rescheduled for June.

Adobe was set to hold its annual summit in Las Vegas during the same timeframe as IWCE, and it has now cancelled the in-person conference in favor of moving some content online. Dell has decided to make its upcoming Dell Technologies World conference a virtual event, rather than an in-person show in Las Vegas. Chip maker NVIDIA’s GPU Technology Conference in Silicon Valley has also moved online.

In San Francisco, Google I/O has been cancelled. IBM’s Think event will be held as a virtual event.  Facebook’s F8 developer conference will be held online instead of in-person as well.

The Federal Communications Commission has halted all domestic and international travel and event participation, and is restricting visitors to its offices, including its headquarters in Washington, D.C. It is using live-streaming and conference calls to hold some meetings virtually.

Companies’ day-to-day operations are being impacted as well, with the Centers for Disease Control recommending that businesses put plans in place to allow or expand teleworking and consider cancelling non-essential business travel.

According to numbers reported by recode, data intelligence company PredictHQ said there was a 500 per cent increase in major event cancellations and postponements in February. Meanwhile, the International Air Transport Association has said that airlines could lose 19 per centof their business if the outbreak is not contained soon. The organization has raised its estimates of airline travel losses to up to US$113 billion, from a previous estimate of US$30 billion.

However, some events are still moving forward. The Wireless Internet Service Providers Association put out an announcement affirming that it still plans to go ahead with WISPAmerica 2020, to be held in Dallas, Texas next week.

“The novel coronavirus is not to be sniffed at, but its risks are manageable – WISPs will not let these events paralyze their service to customers and the community at large,” said VP of events and operations, Trina Coffey in a statement. “WISPAmerica 2020 is still on.”

The Competitive Carriers Association’s Mobile Carriers Show, which will be held in Dallas during March 30-April 1, is still on as well. 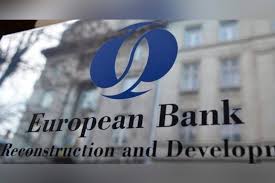 admin2 years agoOctober 3, 2020
150
By Anton Usov The European Bank for Reconstruction and Development (EBRD) is strengthening small and medium-sized enterprises (SMEs) in Turkmenistan...

admin3 years agoApril 20, 2020
240
By Josephine Akaerr Given the difficulties the world is currently facing at this time of uncertainty, following the recent outbreak...

admin3 years agoMarch 28, 2020
247
MOBILE WORLD LIVE is tracking the ongoing impact of Covid-19 (coronavirus) on the industry and how operators and major players...